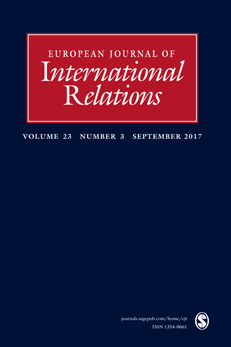 This article outlines a field-theoretic variation of hegemonic-order theory — one inspired primarily by the work of Pierre Bourdieu. We argue that hegemony derives from the possession of a plurality of meta-capital in world politics; hegemons exercise “a power over other species of power, and particularly over their rate of exchange.” Recasting conventional hegemonic-order theories along these lines carries with it at least three advantages: it helps bridge the differences between realist and neo-Gramscian approaches to hegemony; it provides scaffolding for exploring the workings of hegemony and hegemonic ordering across different scales; and it better addresses the fact that hegemonic powers are enabled and constrained by international order itself. After reviewing some of the major variants of hegemonic-order theory, we explore Bourdieu’s understanding of hegemony and cognate concepts. We then elaborate on our field-theoretic approach, with examples drawn from US foreign relations and the Roman Empire. Finally, we provide a longer illustrative sketch in the form of a discussion of Roman ordering and its longue durée influence on social, political, and cultural fields in world politics.