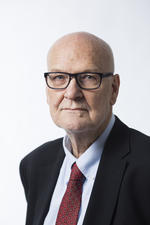 The respondents feared an American attack, and regarded their membership in «the Axis of Evil» as a stab in the back after Iranian help in Afghanistan. This demonisation was seen overwhelmingly in terms of American geopolitical designs, ignorance and downright irrationality – an expansionist superpower that is dangerously out of control. The WTC attack initially caused a strengthening of Iranian national unity and a more coherent foreign policy, but most of the respondents regard «the Axis of Evil» as killing the nascent dialogue with the USA stone dead and coming as a godsend to the conservatives and the ultras.