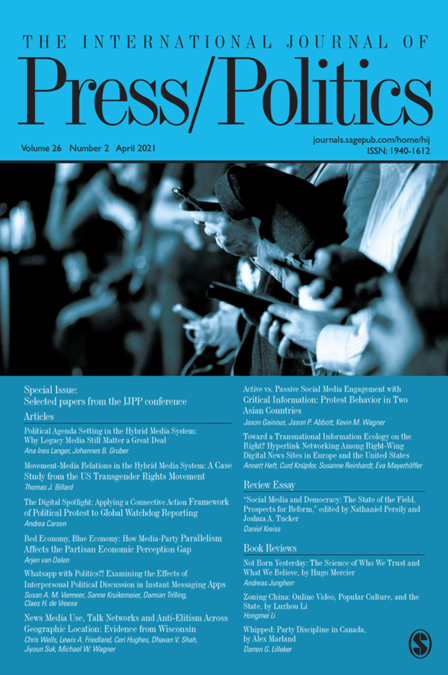 This paper investigates the dynamic relationship between hybrid media and hybrid politics in Lebanon and Tunisia. While previous research on the media in hybrid regimes has mainly focused on regime strategies of restricting and manipulating public debate, our analysis moves beyond repression. We argue that the ambiguities of hybrid politics, which combines democratic and authoritarian elements, not only constrain independent and critical reporting but also open up opportunities for journalistic agencies. We draw on Schedler’s concept of informational uncertainty to capture the epistemological instability of hybrid regimes and the strategies of political actors to control public knowledge. Distinguishing between three dimensions of media hybridity - economic, cultural and technological - we show how the new hybrid media environment significantly increases the volatility of hybrid politics and informational uncertainty for political actors. Our empirical analysis is based on seventy-one semistructured interviews with journalists in Lebanon and Tunisia conducted between 2016 and 2019. The material reveals a broad range of strategies used by journalists who employ the internal contradictions of hybrid politics to pursue their own agenda. The comparison between Lebanon and Tunisia also highlights contextual conditions that enable, or limit, journalistic agency, such as clientelistic dependencies, economic resources, and civil society alliances.