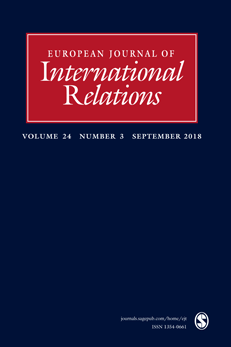 Implementation in practice: The use of force to protect civilians in United Nations peacekeeping

Since the failures of the United Nations of the early 1990s, the protection of civilians has evolved as a new norm for United Nations peacekeeping operations. However, a 2014 United Nations report found that while peacekeeping mandates often include the use of force to protect civilians, this has routinely been avoided by member states. What can account for this gap between the apparently solid normative foundations of the protection of civilians and the wide variation in implementation? This article approaches the question by highlighting normative ambiguity as a fundamental feature of international norms. Thereby, we consider implementation as a political, dynamic process where the diverging understandings that member states hold with regard to the protection of civilians norm manifest and emerge. We visualize this process in combining a critical-constructivist approach to norms with practice theories. Focusing on the practices of member states’ military advisers at the United Nations headquarters in New York, and their positions on how the protection of civilians should be implemented on the ground, we draw attention to their agency in norm implementation at an international site. Military advisers provide links between national ministries and contingents in the field, while also competing for being recognized as competent performers of appropriate implementation practices. Drawing on an interpretivist analysis of data generated through an online survey, a half-day workshop and interviews with selected delegations, the article adds to the understanding of norms in international relations while also providing empirical insights into peacekeeping effectiveness.