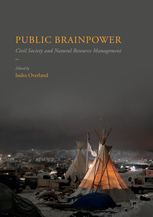 Forsker I, Leder for Forskningsgruppen for klima og energi
Sammendrag:

In Kazakhstan, civil society is held back and has had a limited role in the management of the petroleum sector. As this chapter notes, civil society has had little experience of promoting its own interests vis-à-vis the state, and public discussion of natural resource issues has been mainly government-driven. The fact that Kazakhstan made a notable step forward—from being a collapsing socialist economy in the 1990s to becoming a regional economic player with improved social and economic performance—has helped to legitimize non-transparent natural resource policies. As long as the socio-economic situation continues to improve or remains stable, the non-transparent management of natural resources is likely to be accepted by the population, which, like the Russian population, puts a premium on stability. The relative passivity of civil society has been compensated by Kazakhstan’s exposure to international initiatives and organizations such as the World Bank, the International Monetary Fund, the Organization for Security and Co-operation in Europe (OSCE), and numerous UN agencies. As in Azerbaijan, the Extractive Industries Transparency Initiative (EITI) has provided a platform for some civil society engagement with industry and government.