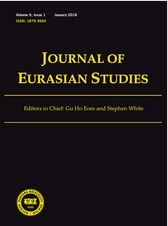 Since the triple disaster in Japan in 2011, the energy dimension of Japan-Russia relations in the Russian Far East (RFE) has developed at a more rapid pace. The integration of the energy markets of the world’s top liquefied natural gas (LNG) importer, Japan, and major energy exporter, Russia, has paralleled a warmer bilateral political climate and been accelerated by Russia’s turn to the East. In the aftermath of the Ukraine crisis, the globe’s energy landscape has been significantly altered and both Russia and Japan have faced constraints economically and in terms of bilateral cooperation. Questions remain about how bilateral energy relations will develop in the face of competition from Japan’s traditional energy suppliers and ongoing Japanese government efforts to diversify energy sources. Is energy prompting a stronger bilateral political bond or just fostering a limited partnership in this area? In considering the consequences of the Fukushima and Ukraine crises on Japan-Russia energy relations and the energy dimension of Russia’s pivot to Asia, the topic is placed in a wider context of new dynamics in Japan-Russia relations.