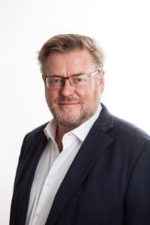 This article discusses the scale and scope of the room for political maneuvering in the energy sector available to Norway as member of the Single Market (SM) in the European Union (EU).

Norway has deliberately developed its energy resources under strong political control, in order to benefit the “whole Norwegian nation.” The European Economic Area (EEA) agreement, which entered into effect in 1994, made Norway a participant in a liberal economic restructuring processes. As EU policy aims at benefiting purchasers in the whole EEA area, and not individual member states only (outside exporters even less), it clashed with Norwegian energy policy as regards for whom policy should work, and how.

The article discusses how small-state Norway managed to achieve nationally defined goals for its energy sector within the rule-based SM, versus EU as the big political player. The main empirical focus is on natural gas. The article argues that the room for national political maneuvering within liberal EU regulations appears to depend as much on national vision and situation, and on comparative advantages in policymaking and choice, as on EU policy itself. In the Norway–EU energy case, nationally defined policy goals were largely retained, with active regulatory and legal interpretation, innovative adaptation and, when necessary, the introduction of new policies and greater direct state participation to compensate for lost opportunities.