Norway as an Allied Activist - Prestige and Pennance through Peace 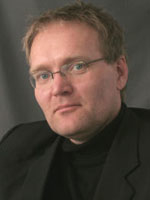 According to a standard view, popular among Norwegian commentators and historians, Norway’s foreign relations after World War II are like a pendulum swinging from side to side, between national interests and national values, between the will to secure the state and its territory and the will to represent a global cosmopolitan spirituality. This notion of a Norwegian foreign policy pendulum coincides with the traditional realism-idealism dichotomy within the study of international relations. The formula has become a dominant theoretical ingredient in most current analyses of Norwegian foreign policy, and is a favoured perspective from which politicians celebrate Norway’s post-cold war role on the international scene. And that role, at least as far as the selfperception takes it, is that of being an exponent of international «activism» and «engagement». The first section of this report addresses the question how to approach Nor-wegian foreign policy analytically. The authors suggest that neither the perspective of the essentialists highlighting more or less permanent national interests, nor the geopolitical and systemic focus of the structuralists present fully credible explanations. Instead they argue that present Norwegian foreign policy is about the creation, maintenance and enhancement of a role or an identity whose main function is to gain recognition, attention and contact in order to maximize international influence. In the second part, the authors point at the importance of consensus in Norwegian policy and identify three basic positions in the Norwegian foreign policy discourse. They suggest that pragmatic idealism, a school of thought capable of exploring the analytical approach sketched above, is the dominant factor. In the third part, the authors focus on some fundamental experiences that have formed the Norwegian image of self in relation to the world. They propose that this heritage represents strong inherent and latent tensions in Norwegian politics.