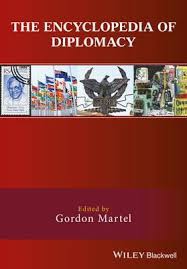 Old diplomacy is a term which has been used both politically and analytically since the French Revolution. Politically, it emerged as a term of abuse, used to criticize all which had been wrong with interstate interaction before 1789, in particular secrecy, duplicity, and the reliance on aristocracy. Thus, it was often contrasted with a desired new diplomacy. Political versions of the term have persisted until the present day, although the target changed. A particular spike in criticism happened in 1918–20, when old diplomacy was blamed for the outbreak of the Great War. Analytically, old diplomacy has been used to refer more neutrally to earlier forms of diplomacy. This usage emerged in the nineteenth century, but has been more prevalent from the middle of the twentieth century.