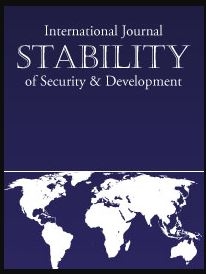 The UN is becoming increasingly data-driven. Until recently, data-driven initiatives have mainly been led by individual UN field missions, but with António Guterres, the new Secretary-General, a more centralized approach is being embarked on. With a trend towards the use of data to support the work of UN staff, the UN is likely to soon rely on systematic data analysis to draw patterns from the information that is gathered in and across UN field missions. This paper is based on UN peacekeeping data from the Joint Mission Analysis Centre (JMAC) in Darfur, and draws on interviews conducted in New York, Mali and Sudan. It will explore the practical and ethical implications of systematic data analysis in UN field missions. Systematic data analysis can help the leadership of field missions to decide where to deploy troops to protect civilians, guide conflict prevention efforts and help preempt threats to the mission itself. However, predictive analysis in UN peace operations will only be beneficial if it also leads to early action. Finally, predictive peacekeeping will not only be demanding of resources, it will also include ethical challenges on issues such as data privacy and the risk of reidentification of informants or other potentially vulnerable people.