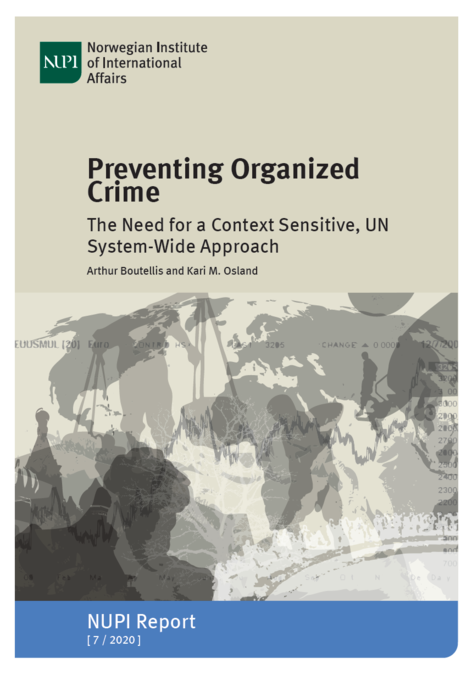 Preventing Organized Crime. The Need for a Context-Sensitive, System-Wide Approach.

Recent years have seen important developments regarding the UN Security Council and the UN Secretariat. The Security Council, which has increasingly recognized organized crime as a serious threat to international peace and security—especially in relation to terrorism—has begun using sanctions to deal with organized crime and trafficking in Mali and Libya. Further, serious and organized crime (SOC) police units have been established in several UN field operations, including in the Central African Republic, the Democratic Republic of the Congo, and Mali. However, there is still no UN-wide policy on organized crime, and the issue has been conspicuously absent from recent strategic documents such as the Action for Peacekeeping Declaration (A4P). This report argues that there is need for a UN system-wide approach to peace operations for preventing and addressing organized crime, and its links to terrorism. To achieve this, UN member states and the UN Secretariat should seek to consolidate and broaden its nascent law enforcement capacity- building police approach into a context sensitive, system-wide approach. Six specific recommendations for the way forward are offered.