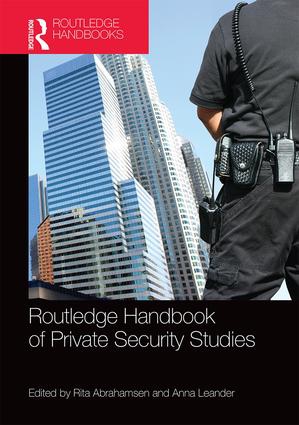 This chapter shows how the distinction between the public and the private emerges with respect to the use of force in conjunction with the long rise of the state in Europe. In drawing a historical conceptual analysis of the changing organization of military power in the making of states, I show why we need to take an empirical rather than an ideological approach to the distinction between different types of force, as only then can we hope to understand why and for what purposed power was organized in specific ways, and the consequences of that organization.

The chapter takes as its starting point the late eleventh century, a period when public authorities had been decimated throughout Christendom and where kings no longer held the aura of public authority, but were (private) contestants for public authority on equal footing with their competitors. Both public and private force was private, so to speak.

I proceed in five sections. The first addresses the relationship between war-making and state-making, a relationship which is central to much of the literature on state formation and to our further discussion. The next three sections address the chronology of changes in the organization of force, and move from warfare as a knightly (largely) private enterprise to the wars of mercenaries, culminating in the early attempts at holding standing permanent armies around the late fifteenth century.

The claim is not that this process was linear or inevitable, and, as demonstrated in the last section, the centralization of the legitimate means of warfare in the hands of public authorities did not mean the end of private enterprise in a world of states. Rather, private enterprise continued alongside public force, albeit in a different character.