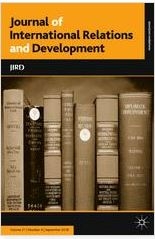 Since the end of the conflict in Liberia, one of the main priorities of the UN Mission (UNMIL), UN agencies, NGOs and INGOs has been to address the very high level of sexual violence against women and children, often known through the ‘SGBV’ acronym (Sexual and Gender-Based Violence).

This focus has led to a number of initiatives from the international community, including a joint UN and Government of Liberia national strategy on the implementation of UN Security Council Resolution 1325 (Government of Liberia 2009); the creation of a ministry for gender issues; and a number of campaigns aimed at engendering awareness of the problem. In spite of these initiatives, the problem continues, and few perpetrators are brought to justice. Even fewer face trial and are found guilty.