The GeGaLo index: Geopolitical gains and losses after energy transition 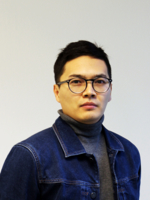 This article presents the GeGaLo index of geopolitical gains and losses that 156 countries may experience after a full-scale transition to renewable energy. The following indicators are considered for inclusion in the index: fossil fuel production, fossil fuel reserves, renewable energy resources, governance, and conflict. Some of these represent potential gains; some represent losses; and some the capacity of countries to handle changes in geopolitical strength. Five alternative versions of the index are developed to work out the optimal design. First, the energy resource indicators are combined with equal weights to create two simple versions of the index. Next, governance and conflict indicators are included to create three more complex versions of the index. The index provides useful pointers for strategic energy and foreign policy choices: geopolitical power will be more evenly distributed after an energy transition; Iceland will gain most; Russia may be one of the main holders of stranded geopolitical assets; China and the USA will lose more geopolitically than foreseen by other analyses. The index also indicates a lack of emphasis in parts of the literature on space for renewable energy infrastructure and on domestically sourced coal for the current strength of countries such as China and the United States.