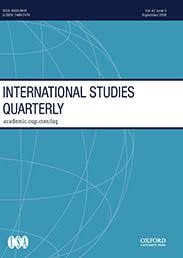 It assumes either that all historical polities have foreign policies or that foreign policy originates in seventeenth-century Europe with the separation between the “inside” and “outside” of the state. It generally holds that foreign policy differs in essential ways from other kinds of policy, such as carrying with it a special need for secrecy.

Halvard Leira argues against this view. The difference between “foreign” and “domestic” policy results from specific political processes; secrecy begat foreign policy. Growing domestic differentiation between state and civil society in the eighteenth century- articulated through a relatively free press operating in a nascent public sphere—enabled the emergence of foreign policy as a practical concept. The concept served to delimit the legitimate sphere of political discourse from the exclusive, executive sphere of king and cabinet. He explores these processes in Britain and France, important cases with different trajectories, one of reform, the other of revolution. Historicizing foreign policy like this serves to denaturalize the separation between different forms of policy, as well as the necessity of secrecy. Doing so cautions against the uncritical application of abstract analytical terms across time and space.