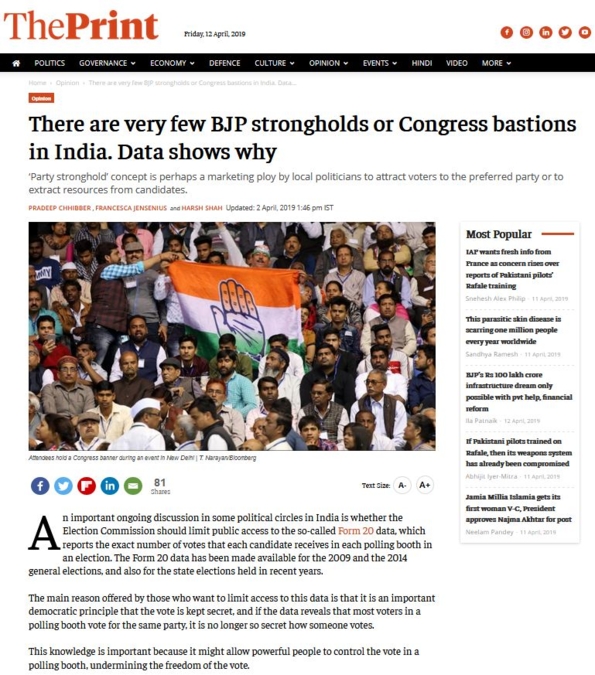 There are very few BJP strongholds or Congress bastions in India. Data shows why

An important ongoing discussion in some political circles in India is whether the Election Commission should limit public access to the so-called Form 20 data, which reports the exact number of votes that each candidate receives in each polling booth in an election. The Form 20 data has been made available for the 2009 and the 2014 general elections, and also for the state elections held in recent years.

The main reason offered by those who want to limit access to this data is that it is an important democratic principle that the vote is kept secret, and if the data reveals that most voters in a polling booth vote for the same party, it is no longer so secret how someone votes.

This knowledge is important because it might allow powerful people to control the vote in a polling booth, undermining the freedom of the vote.

Francesca R. Jensenius and colleagues discuss this in an op-ed published by The Print.