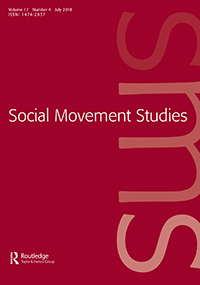 Together all the way? Abeyance and co-optation of Sunni networks in Lebanon

This article assesses how social movement continuity may vary in non-democratic and repressive contexts. Using a single case study of Islamist networks in the northern Lebanese city of Tripoli over three decades, I ask: Under what conditions is social movement continuity possible, and in what form? Former studies have three levels of abeyance - activist network and personnel; movement goals and repertoires; and collective identities and symbols - are instructive. Network survival and abeyance structures can facilitate rapid mass protests in case of a facilitating external conjuncture. This analysis relies on data collected during fieldwork conducted over a decade in Tripoli, triangulated with secondary literature and primary sources in Arabic. I find that four individual-level continuity pathways are available in authoritarian contexts: continuation of activism; disengagement; co-optation; and arena shifts. These pathways should not be seen as final and stable outcomes but as fluctuating and contingent processes, or pathways. Due to the ambiguity of informal networks, co-opted movements may easily turn against the authorities once again. Moreover, local legacies of protests may be used as resources by new protest leaders.