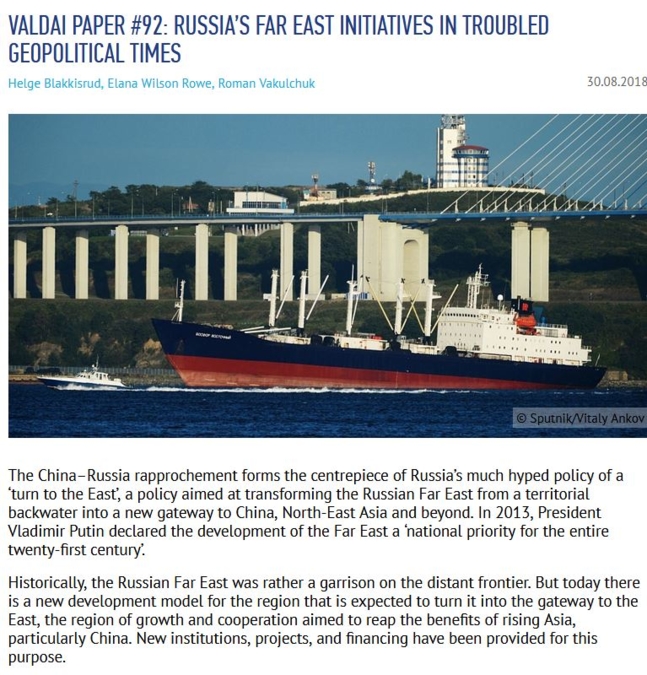 The China–Russia rapprochement forms the centrepiece of Russia’s much hyped policy of a ‘turn to the East’, a policy aimed at transforming the Russian Far East from a territorial backwater into a new gateway to China, North-East Asia and beyond. In 2013, President Vladimir Putin declared the development of the Far East a ‘national priority for the entire twenty-first century’.

Historically, the Russian Far East was rather a garrison on the distant frontier. But today there is a new development model for the region that is expected to turn it into the gateway to the East, the region of growth and cooperation aimed to reap the benefits of rising Asia, particularly China. New institutions, projects, and financing have been provided for this purpose.

What progress has been made so far in implementing the Eastern vector in Russian domestic and foreign policy? Have the ambitious plans indeed borne fruits, like President Xi declared? And what are the main drivers behind the ‘turn to the East’? Do worsened geopolitical relations with Western European actors intensify the turn? Or is it driven by the perceptions of opportunities and long-term objectives in the Asia-Pacific region?

The Valdai Paper #92 presents a critical and independent view on Russia’s Turn to the East by the European authors.