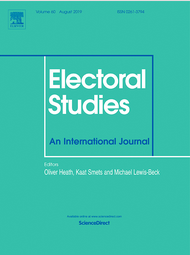 Voting for development? Ruling coalitions and literacy in India

Across the world, governments skew the distribution of state resources for political gain. But does such politicisation of resource allocation affect development trajectories in the long run? We focus on the long-term effects of voting for the ruling coalition on primary education in India. Using a close-election instrumental variable design and drawing on a new socio-economic dataset of India's state assembly constituencies in 1971 and 2001, we examine whether areas represented by members of ruling coalitions experienced greater increases in literacy over 30 years. We find no evidence of this being the case, in the overall data or in relevant sub-samples. The null results are precisely estimated, and are consistent across OLS and 2SLS specifications and several robustness checks. These findings suggest the politicised distribution of some funds in the short run does not affect long-term development trajectories.