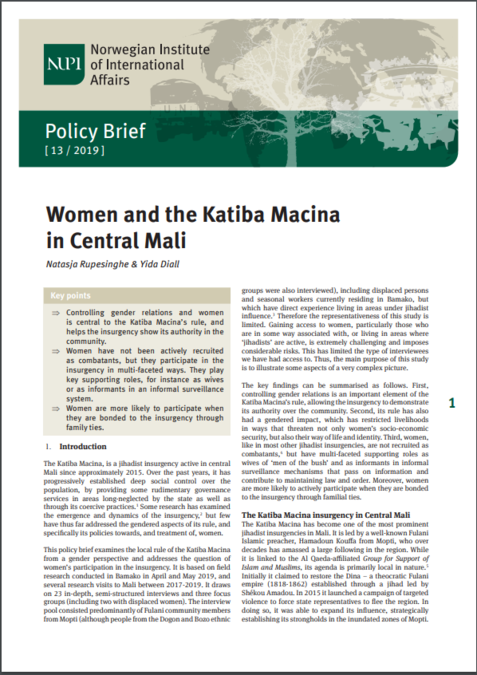 Women and the Katiba Macina in Central Mali

This policy brief examines the local rule of the Katiba Macina from a gender perspective and addresses the question of women’s participation in the insurgency. The key findings can be summarised as follows. First,controlling gender relations is an important element of the Katiba Macina’s rule, allowing the insurgency to demonstrate its authority over the community. Second, its rule has also had a gendered impact, which has restricted livelihoods in ways that threaten not only women’s socio-economic security, but also their way of life and identity. Third, women, like in most other jihadist insurgencies, are not recruited as combatants, but have multi-faceted supporting roles as wives of ‘men of the bush’ and as informants in informal surveillance mechanisms that pass on information and contribute to maintaining law and order. Moreover, women are more likely to actively participate when they are bonded to the insurgency through familial ties.