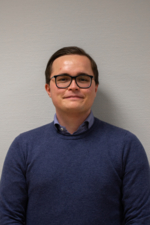 Erik Kursetgjerde holds a Master’s degree in Political Science at the University of Oslo and is a Junior Research Fellow in NUPI’s Research Group on Security and Defence.

His research interest revolves around international relations, with a focus on the role of cybersecurity and cybersecurity governance and his master thesis is about the UNs role in international cyber policy development. He has a background from the IT-sector, both as the CEO of his own start-up but also an IT-consultant. Further, he has worked as a special advisor for the Afghan Embassy in Oslo on digitalization and public diplomacy. Kursetgjerde has extensive political experience and has been an elected official for over 8 years, both in City and County Council.