The war in Ukraine and the transatlantic relationship

On 5 March, a group of experts met in Washington D.C. to discuss NATO’s collective defence after the Russian invasion of Ukraine. 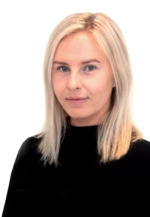 The seminar was organised as part of a joint effort between NUPI, the Center for Strategic and International Studies (CSIS) and the Royal United Services Institute (RUSI). The goal of this partnership is to foster a greater understanding of the challenges and opportunities facing the transatlantic relationship and how they will impact US, UK and Norwegian security in particular. In addition to scholars from the three institutions, the participants came from the Norwegian defence and foreign ministries, the US administration, and representatives from a number of embassies.

The seminar discussed European security after the invasion of Ukraine, particularly the challenges in Northern and Eastern Europe, examined the character of deterrence and defence, permanent forward stationing, reinforcements, what kind of multilateral and minilateral arrangements should be considered or enhanced and what are the prospects for stronger transatlantic partnership. In addition, the seminar discussed future diplomatic contact and the prospects of strategic stability and arms control.