Time: 10:00 Location: NUPI Language: English Available seats: 43
Add to calendar 15-10-11 10:00 15-10-11 23:59 38 High time for a European Defence Union What is the rationale and elements of the plan to create a EDU - a European Defence Union? Steven Blockmans will give a presentation grounded in these questions at this seminar. NUPI NUPI seminar@nupi.no http://www.facebook.com/events/160427380695693 false DD/MM/YYYY
I want to register for the following event:

What is the rationale and elements of the plan to create a EDU - a European Defence Union? Steven Blockmans will give a presentation grounded in these questions at this seminar. 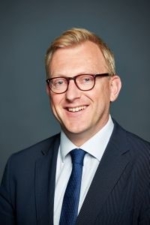 The EU faces the consequences of war and instability in its outer periphery. At the same time, emerging powers are becoming increasingly assertive in their international relations. Ineffective peace support operations and years of uncoordinated cuts to defence spending are threatening the future of the EU’s Common Security and Defence Policy (CSDP). The June European Council, which was partly devoted to defence cooperation and a strategic review of the EU’s position in the world, has not nearly done enough to strengthen the CSDP. Yet, the EU Treaty demands and permits a great deal more. What is needed is the transformation of the CSDP into a real "European Defence Union" (EDU).

This is what a CEPS Task Force of eminent experts chaired by former NATO Secretary General and EU High Representative Javier Solana has proposed in a recent report. The rationale, elements and political feasibility of the plan to create an EDU will be presented by the Task Force's leading rapporteur: Steven Blockmans.

Steven Blockmans is Head of EU Foreign Policy at the Brussels-based think tank CEPS, and Professor of EU External Relations and Governance at the University of Amsterdam.

This conference is organized as part of the project EUNOR and is part of NUPI's seminar series "Norway meets Europe".

The seminar will be streamed on our YouTube channel: