In this seminar, Dr. Olivia Gippner (LSE) will trace the evolution of the EU-China climate relationship since its creation in 2005. 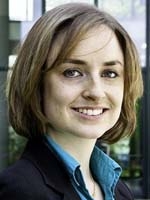 Over the past decade, the EU has been following a “policy of unconditional engagement” vis-à-vis the PRC, pursuing its promotion of effective multilateralism. In the field of climate change China has been an increasingly important member of the UNFCCC process and a key target of European engagement policies. Regardless of geographical distance, which restricts European ability to apply coercive measures or conditionality, Europe has employed a variety of instruments in its foreign environmental policy. But how do Chinese decision-makers perceive these efforts?

The Paris COP21 Summit has been hailed as a major breakthrough by Europeans and Chinese alike. The seminar will trace the evolution of the EU-China climate relationship since its creation in 2005. Drawing on two sets of interviews carried out in Beijing in 2012 and 2016 we will then look at the dynamics of policy adoption in China.

Emissions trading serves as a case study for domestic politics. For example, the seven pilot projects launched were the result of a turf war between the National Development and Reform Commission and the Ministry of Finance over the introduction of an emissions trading system. The EU and Norway could plug into domestic policy making by providing large-scale capacity building. A success story for climate policy promotion?

Dr Olivia Gippner is a Dahrendorf postdoctoral fellow on EU-East Asia relations at LSE IDEAS. She holds a PhD in political science from Freie Universität Berlin and the Berlin Graduate School of Transnational Studies. Her research expertise is in climate policy, EU-China relations and Chinese policy-making. She is the editor of the LSE IDEAS Special Report "Changing Waters: Towards a new EU Asia Strategy" (April 2016).

The event is organized jointly by the China and the Nordics Seminar Series and the seminar series Norway meets Europe.