At this seminar, Professor Callahan will present some interesting findings from his recent book "China Dreams: 20 Views of the Future". 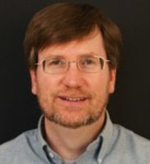 Since Xi Jinping became leader in 2012, he has redirected Chinese foreign policy. While it is popular to look to theories of the international system – offensive realism and liberal institutionalism – to explore this issue, this article follows constructivism to take seriously the role of ideas and domestic politics in foreign policy-making. Through an analysis of official and unofficial sources, it traces linkages between ideas, institutions and behavior in Chinese foreign policy. In particular, it argues that Beijing is combining new ideas (China Dream, Asia Dream, World Dream), new policies (comprehensive diplomacy and security), new institutions (AIIB), and new projects (BRI) to build what Xi calls the “community of shared destiny.” The goal is to weave neighboring countries into a Sino-centric network of economic, political, cultural and security relations. Beijing’s grand strategy thus is to re-constitute the Eurasian regional order – and eventually global order – with new governance ideas, norms, and rules. Theoretically, the essay shows how “connectivity” is more than an issue of the “hardware” of physical infrastructure; it is also a “software” issue of the connectivity of ideas, institutions and behavior in diplomacy itself.

William A. Callahan is Professor of International Relations at the London School of Economics and Political Science. His research examines the interplay of culture and policy in China and Asia, and considers the overlap of domestic and international politics. His most recent book is China Dreams: 20 Views of the Future (Oxford University Press, 2015). In addition to written publications, Callahan is a documentary film-maker: ‘China Dreams’ (2013) is posted on the Asia Society website and ‘Mearsheimer vs. Nye on the Rise of China’ (2015) is on The Diplomat website (for these and other films, see www.vimeo.com/billcallahan).