Lebanon at a brink

With the Syrian war, Lebanon has received 1,5 million refugees and become a buffer state against IS’ Jihadism. What explains the country’s resilience against a violent spill-over from Syria? 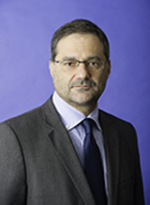 The topic of this seminar is the Lebanese response to the Syrian crisis. Against the backdrop of a presidential vacuum, since 2014, Lebanon has struggled to defend its sovereignty against cross-border incursions (by Syrian regime forces as well as Jihadis) and to preserve its social unity. Already in crisis since 2005, Lebanon’s political landscape has been polarized along the same political-sectarian lines as Syria. Hizbullah, strengthened by its battlefield experience in Syria, wants recognition for its role in fighting Jihadi groups in the border areas. Considering the risks of disintegration of the (multi-religious) army, the worst-case scenario of a Sunni-Shi’i war in Lebanon cannot be completely dismissed.

The country’s “consociational democracy”, the power-sharing deal between religious groups, is notoriously ineffective, but it hinders the production of clear winners and losers and is therefore resilient against dictatorship. While presented as a last-resort solution to Syria, the Lebanese model is under increasing domestic pressure from non-state actors and secular civil society activists. But can a reformed system resist Hizbullah’s growing influence within the state and security system?