The crises in the Middle East, Pakistan and Islam

How does the debate on Islam affect politics in Pakistan? 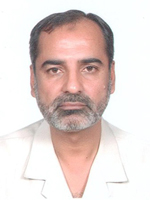 What kind of role does Islam play in Pakistani politics? And how does it inform Pakistan’s approach to the unfolding crises in the Middle East?

NUPI has the pleasure of hosting Director General Khalid Rhaman of IPS for the public seminar The crises in the Middle East, Pakistan and Islam.

Middle East is facing crisis after crisis. If the nature of the disputes in Middle East is observed, one finds geographical and historical factors as well as political and economic ones lying at the back of these crises. The sectarian divide in Muslim societies will also be among the prominent reasons in this context.

In the given situation it is not possible for Pakistan - being the second most populated Muslim country - to stay on the sidelines of the Middle Eastern crisis given the country’s location and identity as well as for having direct relations and shared interests with the regional countries. The truth of the matter is that every development in the Middle Eastern region does affect Pakistan indirectly, if not directly.

This talk, while briefly reviewing the recent developments in the Middle East, will focus on Pakistan’s approach towards the current developments and discuss the policy options in this regard.

Khalid Rhaman is Director General of the Islamabad-based think-tank Institute of Policy Studies (IPS). Rahman has over 25 years of experience of research, training and management. He has conducted over 600 seminars and roundtables organized by the Institute.  He has been involved in organizing both the research and training programs of the Institute. His main research contribution has been on the national and regional politics which includes an active focus on Afghanistan, Pakistan-China Relations and Madrassa Education. He has more than 20 publications (written/Edited) and a number of papers to his credit. He is also editor of the IPS Journal Policy Perspectives.