Theory Seminar: Beyond Reification and Deconstruction: Towards a Dialogical Approach to Theorizing International Politic

NUPI has the pleasure of inviting you to a theory seminar with Andreas Holmedahl Hvidsten from the Department of International Politics, University of Oslo. He recently defended his doctoral thesis "Beyond Reification and Deconstruction: Towards a Dialogical Approach to Theorizing International Politics". At the theory seminar, Hvidsten will present the final part of his dissertation, which will be distributed to those attending the seminar. 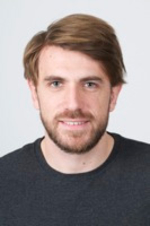