CANCELLED: Global management of energy areas in a globalized world

A two years long Norwegian-Swedish project has come to an end, and this seminar takes a closer look at globalization, energy transition and institutions of global energy governance. 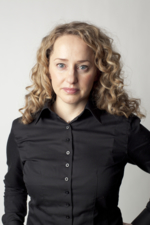 The global energy sector is undergoing rapid change. Some of the countries are trying to position themselves to secure a stable energy supply. Different energy sources and markets are becoming more interconnected. That is why it is important to understand how the current international multilateral structures manages the changes, and what possibilities and limitations they have.

The seminar will present the main findings of the joint Swedish-Norwegian project Global Management of Energy Areas in a Globalized World conducted between 2015 and 2017 by Utenrikspolitiska Institutet in Sweden (UI) and NUPI, and funded by the Swedish Energy Agency.

It will take the form of a conversation around three broad themes: globalization, energy transition and institutions of global energy governance. Each theme will be kick-started by a short presentation of an article, after which the discussants are invited to comment. There will also be a Q&A session at the end.

The speakers this day are:

Johan Eriksson is Professor of Political Science at Södertörn University, Stockholm. His research interests are the politics of expertise and technology, and power and territoriality in world politics. Empirically his research has covered a wide spectrum of issues, for example chemicals policy, energy policy, space policy, cybersecurity, Swedish security policy, US foreign policy, and ethnonationalism. Eriksson has been Research Director at the Swedish Institute of International Affairs, and board member of the European International Studies Association, the Nordic International Studies Association, the Swedish Political Science Association, and the Scientific Committee of the Swedish Civil Contingencies Agency. Eriksson has been visiting scholar at Columbia University and Leiden University, and he has been invited as speaker and guest lecturer at numerous universities and institutions in Europe, North America, the Middle East, and South East Asia.

Gunilla Reischl is Senior Research Fellow and Head of the Global Politics and Security Program at the Swedish Institute of International Affairs. Her research focuses on global governance and international institutions, especially in the areas of environment and energy. In her current research project, she is studying international organizations in global energy politics. She has been a guest researcher at the Stockholm Resilience Center at Stockholm University, Sweden, Marie Curie Fellow and associated researcher at Vrije University, the Netherlands. She has served as advisor to the Swedish delegation at UN negotiations on environment on a number of occasions.

Research Professor, Indra Øverland heads the Energy Programme at NUPI. He did his PhD at the University of Cambridge and has since worked extensively on energy politics related to oil, gas and renewables.

Research Professor at NUPI, Jakub M. Godzimirski, has been working on Russian foreign and security policy issues at NUPI for more than 20 years, paying special attention to the role of energy resources in Russian grand strategy. In addition, he also has worked on European policy and its impact on developments in Central and Eastern Europe, including relations with Russia.

They will be joined for a panel discussion by:

Senior Research Fellow Lidia Puka, Polish Institute of International Affairs, PISM, Warsaw, Poland who analyses the development of the European energy markets and regulations, as well as the politics of the Nordic countries. She is a manager of the GoodGov project, conducted together with NUPI and ISP PAN, and leads the Energy governance work package in the project.

The event will be chaired by Professor Johan Eriksson. It will be streamed live on our YouTube channel.

Gunilla Reischl - ”A Place in the Sun? IRENA’s Position in the Global Energy Governance Landscape”