How can the EU contribute to a continued development in the right direction for Central Asia? 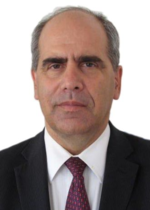 The EU relationship with Central Asia has acquired new dynamism in the last years. This cooperation will continue with the drafting of a new EU Central Asia Strategy due in 2019.

Central Asia continues facing formidable old and new challenges which need to be address to maintain security and stability in the region also in the future. The situation and developments in Central Asia are also influenced by the interests and activities from countries in the neighbourhood. Russia and China, the biggest players in the region, are inserting their political, security and financial influence on the region, including through organizations like EEU, CSTO, CSO and the connectivity project BRI. The security situation in Afghanistan has direct repercussions on the entire region. Other countries in the region and outside like Japan, India and the United States, also have their own strategies on cooperation.

International organizations and financial institutions are playing increasingly important roles in Central Asia, especially due to the UN Sustainable Development Goals and the role of the international community in supporting the Central Asian countries in reaching the SDGs.  How should the EU cooperate with partners in a productive way to increase results and create synergies?

This is what H.E. Ambassador Peter Burian will talk about when he visits NUPI 18 October. Mr. Burian, who previously has acted as the Slovak ambassador to the US ant to NATO, is now the current EU Special Representative for Central Asia.

This event is a part of the project "Norway meets Europe".