Time: 10:00 Location: Kjelleren, Litteraturhuset Language: English Available seats: 49
Add to calendar 17-06-6 10:00 17-06-6 12:00 38 EU's new external migration policy: just old wine in new bottles? NUPI has the pleasure of inviting you to Kjelleren at Litteraturhuset to discuss EUs new framework that is meant to cope with the migration crisis better than before. Kjelleren, Litteraturhuset NUPI seminar@nupi.no http://www.facebook.com/events/160427380695693 false DD/MM/YYYY
I want to register for the following event:

NUPI has the pleasure of inviting you to Kjelleren at Litteraturhuset to discuss EUs new framework that is meant to cope with the migration crisis better than before. 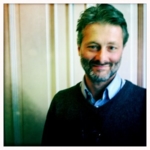 Lacking the strength to overcome the political obstacles in the imposition of internal 'burden sharing' since late 2015, the EU has relied increasingly on external responses to the crisis of its migration and asylum regime. The two pillars of this external strategy are the March 2016 deal with Turkey and the Africa-centred New Partnership Framework launched a few months later. What is really new in these policy frameworks? How are they being implemented? How big is the risk that they backfire, both politically and operationally? Which concrete alternatives can be envisaged?

Dr. Ferruccio Pastore (PhD, European University Institute, 1996) is the Director of FIERI (International and European Forum for Migration Research). He has previously been Deputy Director of the international relations think-tank CeSPI (Centre for International Policy Studies, Rome) and a post-doctoral fellow at the University of Florence. Besides research, he has worked as an adviser on migration policy issues for Italian institutions (among which the Economic and Social Research Council and the Schengen Parliamentary Committee) and international organisations (among which IOM and ILO).

Morten Bøås (PhD) is Research Professor and works predominantly on issues concerning peace and conflict in Africa, including issues such as land rights and citizenship conflicts, youths, ex-combatants and the new landscape of insurgencies and geopolitics. He will follow Pastore with the presentation "Imaging an other life trajectory: push and pull effects in the pathway to Europe".

This event is a part of the project ‘Norway meets Europe’ and EUNPACK.