Time: 15:15 Location: NUPI Language: English Available seats: 45
Add to calendar 17-11-28 15:15 17-11-28 16:45 38 North Korea and the USA: the simplified black and white conflict In cooperation with the Norwegian Network for Asian Studies, NUPI invites you to this talk on the ‘Doomsday Clock’ and the threat of a global nuclear war. NUPI NUPI seminar@nupi.no http://www.facebook.com/events/160427380695693 false DD/MM/YYYY
I want to register for the following event: 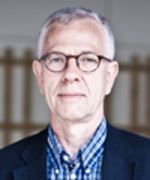 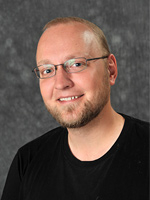 Since 1947 members of Bulletin of the Atomic Scientists' Science and Security Board has maintained the 'Doomsday Clock' representing an analogy for the threat of global nuclear war. The hypothetical global catastrophe is "midnight". Its original setting in 1947 was seven minutes to midnight. 70 years later the Clock stands at two and a half minutes to midnight, due to President Donald Trump's comments over North Korea, Russia, and nuclear weapons. This setting is the Clock's second-closest approach to midnight since its introduction.

The ongoing and ever more serious conflict on the Korean peninsula is complex, involving at least six directly affected countries representing antagonistic ideologies, different political and economic systems, and not least including the two main world powers, one on each side of the demarcation line. Moreover, it is a conflict with roots in the colonial past, affected by decisions of the victorious powers after the Second World War, disregarding Korean voices. Further, the two Koreas are burnt children of a full-fledged war that ended with an armistice, and a divided country, but no peace agreement.

Most people know the conflict from media coverage. Nuances are scarce commodities, background information seldom presented, and yet, the Korea conflict occupy a serious space of the foreign news in most media outlets. Thus, everyone knows about the conflict, and usually even have an opinion about it, and about the struggling parties.

To present this, Geir Helgesen will visit NUPI. He is the Director of NIAS – the Nordic Institute of Asian Studies – and a long-time researcher of politics and culture on the Korean Peninsula. His presentation will challenge the simplified media-created picture and focus on issues often ignored, or, wrongly attributed little importance. The aim will be to point at possible ways out, and at the same time moving the hand on The Doomsday Clock the right way, backwards.

Comments will be given by Senior Research Fellow Sverre Lodgaard, whose expertise is geopolitics, the Middle East, Iranian foreign policy, nuclear arms control and disarmament, the nuclear programmes of Iran and North Korea and Bjørnar Sverdrup-Thygeson who is currently doing research on EU-China relations and Nordic countries foreign policy towards China.