The EU and a changing world: The Global Strategy and its implementation

Both Europe and the rest of the world has witnessed great changes the past year. How does this effect the EU? 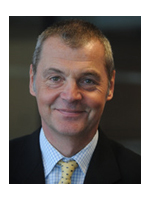 Director of the European Union Institute for Security Studies

In light of the recent international political events, ranging from Brexit, to the American presidential election and the French Presidential election, on 15 May the Director of the European Union Institute for Security Studies Antonio Missiroli will visit NUPI to give a talk on the implications this may have for the EUs Global Strategy.

The High Representative of EU released a new Global Strategy for foreign and security policy roughly a year ago, just hours after the Brexit referendum. Ever since, the efforts to translate that vision into concrete action have been intense but have also had to deal with increasing challenges, both inside and outside the Union. The presentation will illustrate the context, the potential as well as the limits of the current phase, and discuss prospects for the immediate future.

Antonio Missiroli (PhD) became Director of the European Union Institute for Security Studies in 2012.
Previously, he was Adviser at the Bureau of European Policy Advisers (BEPA) of the European Commission, in charge of European dialogue/outreach and publications; Director of Studies at the European Policy Centre in Brussels; and Research Fellow and Senior Research Fellow at the W/EU Institute for Security Studies in Paris. He was also Head of European Studies at CeSPI in Rome and a Visiting Fellow at St Antony’s College, Oxford. He is currently visiting lecturer at the College of Europe (Bruges) and Sciences Po (Paris).

This seminar is a part of the Norway meets Europe series.

The event will be streamed on our YouTube channel: