Daniel J. Levine is visiting NUPI on May 5 to present his new book project. 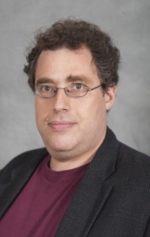 Daniel J. Levine is an Assistant Professor at the Department of Political Science at the University of Alabama.  He is coming to Oslo to present a current book project and an article, with the title «“These Days of Shoah”: History, Habitus, and Realpolitik in Jewish Palestine, 1942–1943». This project explores the role of history and historical memory in the formation of early Zionist/Israeli national security doctrine.

Daniel Levine’s research interests lie at the junction of International Relations (IR), political theory and Middle Eastern politics. Three interlocking problem-sets concern him: The first centers on reification: the ways in which normative commitments become woven into IR’s various traditions and research programs, and are thus lost from view.

The second deals with sustainable critique: balancing reflexivity toward these commitments against the need to speak practically to ongoing problems in world politics.

The third focuses on developing sustainably critical research programs. In that vein, Professor Levine is most directly concerned with the Israeli-Palestinian conflict, though his research has broader potential application.

An article will be circulated in advance to registered attendees.