Turkey under Erdogan - a weaker state?

Time: 08:30 Location: NUPI Language: English Available seats: 24
Add to calendar 17-09-18 08:30 17-09-18 10:00 38 Turkey under Erdogan - a weaker state? Emre Caliskan visits NUPI to talk about Turkeys thoughts on AKP and president Erdogan after much dissatisfaction, protests and a coup attempt in the country. NUPI NUPI seminar@nupi.no http://www.facebook.com/events/160427380695693 false DD/MM/YYYY
I want to register for the following event:

Emre Caliskan visits NUPI to talk about Turkeys thoughts on AKP and president Erdogan after much dissatisfaction, protests and a coup attempt in the country. 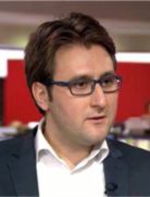 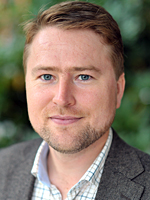 Today’s Turkey little resembles that of recent decades. Newfound economic prosperity has had many unexpected social and political repercussions, most notably the rise of the AKP party and President Recep Tayyip Erdogan. Despite unprecedented electoral popularity, the conduct of the AKP has faced growing criticism: Turkey has yet to solve its Kurdish question; its foreign policy is increasingly fraught as it balances relations with Iran, Israel, US and the EU; and widespread protests gripped the country in 2013, as did an unsuccessful coup in 2016.

The government is now perceived by many to be corrupt, unaccountable, intimidating of the press and intolerant of political alternatives. Has this once promising democracy descended into a tyranny of the majority led by a charismatic leader? Is Turkey more polarised now than at any point in its recent history?

This is what Emre Caliskan will talk about when he visits NUPI 18 September. He argues that contrary to the popular view, Turkey is not a strong state. “Turkey still resembles more of a weak state than a strong state in recent years under the AKP. Turkey is getting weaker and more fractured, creating instability and an anxious society. This is the nature of the new Turkey and it has many discontents.”

Emre Caliskan is reading for a PhD in International Relations at St Antony’s College at the University of Oxford.  His dissertation explores the role of Turkish Islamic non-state actors in Turkey’s foreign policy making in Sub-Saharan Africa. His other interests include Turkey’s transnational Islam, Turkish foreign policy, and Islamic NGOs in International Relations. He holds an MA in Middle East and Mediterranean Studies from King’s College London and is the co-author, with Simon A. Waldman, of The ‘New Turkey’ and its Discontents (2016) which assesses social, religious and political polarisation under Recep Erdoğan’s AKP and the likely consequences for Turkey’s evolution.

The event will be streamed through NUPI's YouTube channel: