Time: 09:00 Location: NUPI Language: English Available seats: 13
Add to calendar 18-09-28 09:00 18-09-28 10:30 38 Global Disorder and Distrust – The breakdown of trust between Russia and the West A downward spiral in Russia-Western relations has ensued after the crises in Ukraine in 2014. What are the consequences and what can be done to de-escalate the tension? NUPI NUPI seminar@nupi.no http://www.facebook.com/events/160427380695693 false DD/MM/YYYY
I want to register for the following event:

A downward spiral in Russia-Western relations has ensued after the crises in Ukraine in 2014. What are the consequences and what can be done to de-escalate the tension? 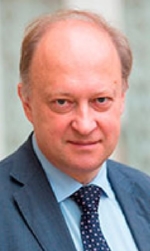 We will be serving breakfast from 08.30!

We have seen troops move closer to the NATO-Russia border and a drastic increase in military exercises on both sides. There is also talk of a new arms-race, and the broad institutional framework that was built following the end of the Cold War to integrate Russia and the West is eroding.

Economic collaboration was once construed as the key mechanism for building trust and binding Russia and the West together in mutual interest. Today economic levers have become weapons in a conflictual relation. Even between Norway and Russia, countries that have developed a strong partnership in the High North over 20 years, relations seem to be deteriorating rapidly.

How did we get to this point - and what can be done to de-escalate tension? This seminar explores how distrust has contributed to the downward spiral. While there surely are domestic drivers behind deteriorating relations this talk will focus on the less tangible processes that have gone on in between Russia and the West.

Andrey Kortunov, who is Head of the Russian International Affairs Council, will be engaged in a conversation with Senior Research Fellow at NUPI Julie Wilhelmsen. They will discuss the sources of distrust on the Russian and the Western sides but also try to identify potential issues upon which trust could be re-built.

This event is part of NUPI’s seminar series “Global Disorder and Distrust”. Previously we have had focus on the Middle East, Trump as a symptom, the democratic capitalism and China.