What are the similarities, differences and linkages between Putin’s Russia and Orban’s Hungary, Trump’s USA and Bolsonaro’s Brazil? 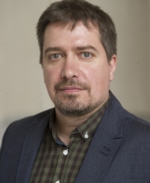 Was Putin’s regime first to embrace populism or will Moscow see a populist uprising of its own? Maxim Trudolyubov argues that it is a mistake to think that an authoritarian regime grows organically. Just like a democracy, it has to be nurtured and defended. And just like a democracy, it is easily taken for granted by those who benefit from it. To Trudolyubov, the Russian regime is a tired regime that is now taken for granted by Putin's elites and a wider population.

On 3 December Maxim Trudolyubov will visit NUPI to talk about this topic. He is a Editor at Large of Vedomosti, Senior Fellow at the Kennan Institute, Washington DC, opinion writer for the New York Times, and author of The Tragedy of Property: Private Life and Ownership in the Russian State (2018).

Senior Research Fellow at NUPI Helge Blakkisrud will moderate the event, and it will be live streamed on NUPI’s YouTube channel: