The future of European integration: A new government for Germany – and Europe

Time: 10:00 Location: NUPI Language: English Available seats: 42
Add to calendar 18-02-28 10:00 18-02-28 11:30 38 The future of European integration: A new government for Germany – and Europe Michael Kaeding is visiting to NUPI to give a talk on Germany’s current role in the European integration project and the role of the new government. NUPI NUPI seminar@nupi.no http://www.facebook.com/events/160427380695693 false DD/MM/YYYY
I want to register for the following event:

Michael Kaeding is visiting to NUPI to give a talk on Germany’s current role in the European integration project and the role of the new government. 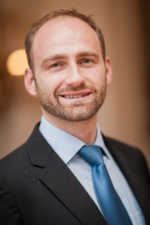 The German elections have taken place in a time of political uncertainty and a subsequent fall out facing several key members of the EU. The European elections season of 2016 and 2017 has been hotly contested, featuring a widespread injection of nationalistic themes into ongoing political debate.

In Germany, Angela Merkel may have won a fourth term as chancellor, but she is facing a tough road ahead. Although the German election is unlikely to trigger a crisis for the EU, the parties in the next ruling coalition will take part in shaping Europe’s future. The suggested reforms of the European Union by the French President, Emmanuel Macron, which goal is a deeper integration of the Eurozone and the EU, is one important example of what may be affected by the outcome of the coalition negotiations between the Social Democratic Party SPD and the Christian Democratic Union CDU. The reform ideas of Macron might see the light of day if the SPD is going to be a part of Merkel’s coalition.

Prof. Dr. Michael Kaeding is Professor for European Integration and European Union Politics at the Department of Political Science of the University of Duisburg-Essen, Germany. He has several other positions, amongst these he is the chairman of TEPSA (Trans European Policy Accosiation).

This event is a part of the ‘Norway meets Europe’ seminar series.