Why has the relationship between Russia and China experienced a positive change? 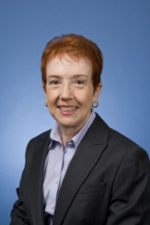 The theory seminar will be based on the following summary:

“Relations between China and Russia have become much warmer since the rise of Xi Jinping in China and the return of Vladimir Putin to the Russian presidency. This is surprising from the standpoint of neorealism, which would predict China and Russia to be rivals given their unequal growth in power since the end of the Cold War and rivalry in Central Asia. Indeed, Russia and China have become grouped together as the principal threats to US security.  What accounts for the positive change in their relationship?

While some scholars argue that China and Russia are balancing against the United States, the two countries are not allied.  Their relationship is something relatively new—a partnership based on shared status concerns.  Based on social identity theory (SIT), I argue that China and Russia are trying to restore their great power status while maintaining a distinctive identity separate from the West. Each has used the other to bolster its status with the West in a mutual support society. At the same time, they have avoided status competition with each other by engaging in social cooperation. Each recognizes the other’s superiority in a different area—economic investment and trade for China, military power for Russia. This division of labor is apparent in Central Asia, which would normally be an arena for great power competition.  Sino-Russian social competition indicates that status-seeking need not be zero-sum.”

Deborah Welch Larson is professor of political science at the University of California, Los Angeles. Her publications include Origins of Containment: A Psychological Explanation,Anatomy of Mistrust: US-Soviet Relations during the Cold War and “Status Seekers: Chinese and Russian Responses to U.S. Primacy,” International Security 34, no. 4. She has a forthcoming book co-authored with Alexei Shevchenko, Quest for Status: Chinese and Russian Foreign Policy, Yale University Press.