Marcus Holmes visits NUPI to talk about his new book on face-to-face diplomacy. 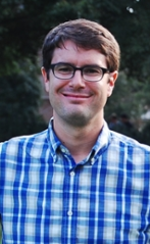 Face-to-face diplomacy has long been a cornerstone of world politics, yet scholars of International Relations have often dismissed it as unimportant. In his new book Face-to-Face Diplomacy: Social Neuroscience and International Relations (Cambridge University Press, 2018), Marcus Holmes argues that dismissing such diplomacy is in stark contrast to what leaders and policy makers themselves deem as essential.

His book examines some of the most important moments of diplomacy in the twentieth century, from ‘Munich' to the end of the Cold War. By showing how face-to-face interactions allowed leaders to either reassure each other of benign defensive intentions or pick up on offensive intentions, Holmes challenges a central notion in much IR scholarship that intentions in international politics are fundamentally inaccessible to outside observers.

Marcus Holmes is Assistant Professor of Government at the College of William and Mary, Virginia, USA. He is also co-editor of Digital Diplomacy: Theory and Practice (2015, with Corneliu Bjola) and has written articles for multiple journals including International Organization, International Studies Quarterly, and the Journal of Theoretical Politics.