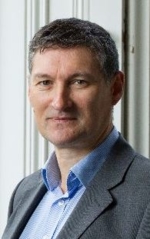 Exiting the EU presents the need for a major rethink in terms of the future aims, ambitions and conduct of British European strategy. As there is no precedent for a country choosing to leave the EU, the consequences of departure for the UK’s foreign and security policy are uncertain and the impact on its role in Europe is indeterminate.

Defining the ambitions of a post-EU UK foreign and security policy will be a major undertaking for the next decade. Through its current membership of the EU, Britain participates in a set of policies that structure relationships between the EU and other states and organizations involved in international relations. With Brexit, this set of policies—covering trade, security (including defence), development and foreign policy will most likely be recalibrated. Alteration of Britain’s status in relation to the EU will also have the consequence of an extensive recalibration of its bilateral relationships with both its EU and non-EU European neighbours.

As the Brexit negotiations has demonstrated the UK’s political and diplomatic energy is far more preoccupied with Brexit than that of the EU institutions and the overwhelming majority of EU member states. It is still indeterminate as to whether the current heavy enmeshed UK-US diplomatic, defence and intelligence relationship is likely to be strengthened or weakened by Brexit. Furthermore, as the Brexit negotiations move into ‘Phase 2’, and the nature of the future EU-UK relationship becomes the dominant preoccupation, the UK’s post-Brexit diplomatic ambitions will become clearer. This will also require the EU’s member states to clarify their own ambitions and expectations for their relationship with the UK. The effects of Brexit on the power, alliances and influence of European states is yet to get underway.

This is what Professor Richard G. Whitman will talk about when he visits NUPI 27 September.

Professor Richard G. Whitman is Director of the Global Europe Centre and Professor of Politics and International Relations at the University of Kent. He is also an Associate Fellow at the Royal Institute of International Affairs (Chatham House). His current research interests include Brexit and especially the future foreign and security and defence policies of the UK and the EU. He is the author and editor of eleven books, published over sixty articles and book chapters, and a lead editor of the Journal of Common Market Studies (JCMS). He is an Academic Fellow of the European Policy Centre (EPC), an Academician of the UK Academy of Social Sciences and the current Chair of the British International Studies Association (BISA). He has given evidence to the UK Parliament on UK and EU foreign and security issues.

The event is part of NUPI’s seminar series Norway meets Europe and will be chaired by Research Professor Pernille Rieker.