Under-Secretary-General for Peacekeeping Operations Jean-Pierre Lacroix will talk about the status of UN Peace Operations. 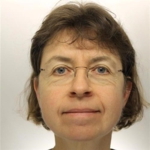 Peacekeeping is one of the most effective tools available to the United Nations in the promotion and maintenance of international peace and security. Yet peacekeeping faces several challenges that undermine its ability to deliver on its mandates. Political solutions are often absent, and missions seem to have mandates that lack focus and clear priorities. Complex threats in several environments are causing a rise in fatalities and injuries of peacekeepers, and missions have sometimes lacked the personnel and equipment to meet these threats. Peacekeeping operations have also faced challenges in delivering on protection mandates and in contributing to long-term, sustainable peace, and in achieving coherence with other actors operating in the same contexts.

At this event there will also be a presentation of the book UN Peace Operations in a Changing Global Order edited by Cedric de Coning and Mateja Peter.

This open access book explores how UN peace operations are adapting to four transformational trends in the changing global order: (1) the rebalancing of relations between states of the global North and the global South; (2) the rise of regional organisations as providers of peace; (3) the rise of violent extremism and fundamentalist non-state actors; and (4) increasing demands from non-state actors for greater emphasis on human security. It identifies emerging conflict and peace and puts them in the context of tectonic shifts in the global order.

The seminar will be streamed live on NUPI's YouTube channel: