Becoming Banal: Incentivizing and Monopolizing the Nation in Russia

Associate Professor Paul Goode will give a talk about how nationalism becomes a banal fact of everyday life in his analysis of Post-Soviet Russia. 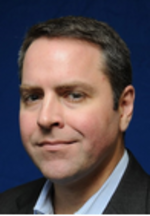 New governments often seek to make the bond between state and nation into a banal fact of life, but there have been few attempts to explain how this is accomplished or how the process might differ among democracies and autocracies. Drawing on interviews and focus groups conducted during 2014-2016, this examination of post-Soviet Russia fleshes out the process of 'banalization' since the 1990s and 2000s, and considers the consequences of success or failure for the evolution of Russian politics under Putin.

J. Paul Goode is Associate Professor and Convenor of the Research Group on Nationalism, Populism, and Radicalism at the University of Bath. He has published widely on regionalism, nationalism, and authoritarianism in Russia, including in such journals as Perspectives on Politics, Post-Soviet Affairs, Social Science Quarterly, Problems of Post-Communism, and Europe-Asia Studies. His research has been funded by Fulbright, IREX, and in 2020 he will be a research fellow at New York University's Jordan Center for the Advanced Study of Russia. He also serves as Associate Editor of Nationalities Papers and is a member of the international advisory and editorial boards for Nations and Nationalism, Russian Politics, and Social Science Quarterly.

This event is is hosted in collaboration with the Centre for Slavic and Eastern European Studies at the University of Oslo.