How do you negotiate with difficult partners? This is what Ambassador Chris Hill will talk about when he visits NUPI on 14 May. 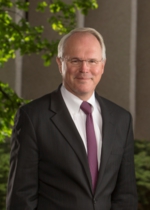 We will be serving breakfast from 08:30!

As the apparently stalled talks over North Korea’s nuclear program attest to, international diplomacy can be a grueling business. Even under conditions of relative trust, diplomatic compromises can prove elusive. How do you negotiate when trust is low, while both the stakes and the tensions are high?

In this seminar, Ambassador Christopher Hill will offer insight about diplomacy under challenging conditions. From the wars in the Balkans to the brutality of North Korea to the endless war in Iraq, he will offer lessons and insight from the real life of an American diplomat negotiating hard problems with difficult partners. Based on his experiences, Ambassador Hill will lay out a vision for the role of diplomacy in addressing national crises, and America’s role in global politics.

This is a part of a seminar series in connection with NUPI’s 60th anniversary and NUPI Director Ulf Sverdrup will moderate the event.

Ambassador Hill is one of America’s most distinguished ambassadors. A four-time ambassador nominated by three presidents, his last post was as ambassador to Iraq, which he held from April 2009 until August 2010. Prior to Iraq, Hill served as assistant secretary of state for East Asian and Pacific Affairs from 2005 until 2009, during which he was also the head of the U.S. delegation in six-party talks on the North Korean nuclear issue. Earlier, he was the U.S. ambassador to the Republic of Korea (2004-05), Poland (2000-04), the Republic of Macedonia (1996-99) and the special envoy to Kosovo (1998-99). He is currently the chief advisor to the chancellor for global engagement and professor of the practice in diplomacy at the University of Denver.