Time: 09:00 Location: NUPI Language: English Available seats: 51
Add to calendar 19-06-4 09:00 19-06-4 10:30 38 Breakfast seminar: The global war on journalism Journalist Peter Greste was in 2014 arrested in Egypt and charged with terrorism. It ended with 400 days behind bars. Greste argues that this is an extreme example of a much wider global assault on the media, and he emphasizes why it is important that we fight back. NUPI NUPI seminar@nupi.no http://www.facebook.com/events/160427380695693 false DD/MM/YYYY
I want to register for the following event:

Journalist Peter Greste was in 2014 arrested in Egypt and charged with terrorism. It ended with 400 days behind bars. Greste argues that this is an extreme example of a much wider global assault on the media, and he emphasizes why it is important that we fight back. 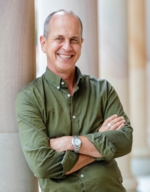 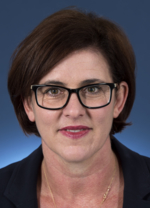 We will be serving breakfast from 08.30!

President Obama once argued that freedom marches in a single direction, towards greater liberty. If that is the case, why have the last five World Press Freedom Indices moved in the wrong direction?

In 2014, journalist Peter Greste was arrested with two of his colleagues in Egypt and charged with terrorism. In a case that sparked international outrage and one of the world’s biggest social media campaigns, he spent 400 days behind bars before finally being released.

Greste argues that his case was just an extreme example of a much wider global assault on the media, and that unless we all fight to protect press freedom, we risk seeing it damaged beyond repair. On 4 June, Peter Greste will visit NUPI to hold a talk titled “The global war on journalism – why we need to fight back”.

Australian Ambassador to Denmark, with non-resident accreditation to Norway and Iceland, MaryEllen Miller will give an introduction to the seminar.

The seminar will be live streamed on NUPI’s YouTube channel:

Professor Peter Greste is an Australian-born journalist, author, media freedom activist and academic. He is a founding member of the advocacy group, the Alliance for Journalists Freedom, and the UNESCO Chair in Journalism and Communication at the University of Queensland. He is also a regular contributor to the Australian Broadcasting Corporation, The Australian, The Sydney Morning Herald, The Conversation, and The Guardian.

Before joining the university in January 2018, he spent 25 years as a foreign correspondent, starting with the civil war in Yugoslavia and elections in South Africa as a freelance reporter in the early 90’s, before joining the BBC as its Afghanistan correspondent in 1995. He went on to cover Latin America, the Middle East and Africa for the BBC.

In 2011 he won a Peabody Award for a BBC documentary on Somalia before joining Al Jazeera as its East Africa correspondent later that year. In December 2013 he was covering Egypt on a short three-week assignment when he was arrested on terrorism charges. After a trial widely dismissed as a sham, he was convicted and sentenced to seven years in prison. In February the following year, after 400 days behind bars, and intense international campaign, he was deported under a presidential decree. As a result of the letters he wrote from prison in the defense of freedom of the press, he won a Walkley Award in Australia in 2014, and Royal Television Society and Tribeca Disruptive Innovator’s Awards in 2015. He has also been awarded the International Association of Press Clubs’ Freedom of Speech Award; Liberty Victoria’s “Voltaire Award”, the Australian Human Rights Commission Medal (all in 2015), the RSL’s 2016 ANZAC Peace Prize, and the Australian Press Council’s 2018 Press Freedom award.

Peter has co-authored his family’s account of their struggle to get him out of Egypt, Freeing Peter, and written his own book on journalism and the War on Terror, The First Casualty published in 2017. He remains an avid advocate of media freedom and journalist safety.