China’s Evolving Industrial Policies – what does it mean for us?

Time: 14:00 Location: NUPI Language: English Available seats: 7
Add to calendar 19-05-13 14:00 19-05-13 15:30 38 China’s Evolving Industrial Policies – what does it mean for us? Some welcome Chinese investments in Europe with open arms, others see it as a threat to national security. Matthew Ferchen visits NUPI to talk about what China's investment policy means for Europe. NUPI NUPI seminar@nupi.no http://www.facebook.com/events/160427380695693 false DD/MM/YYYY
I want to register for the following event:

Some welcome Chinese investments in Europe with open arms, others see it as a threat to national security. Matthew Ferchen visits NUPI to talk about what China's investment policy means for Europe. 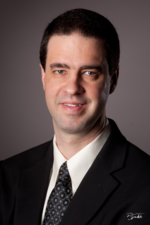 Chinese foreign direct investments (FDI) in Europe has increased substantially in recent years. Although this increase is generally seen as a welcome development, there are growing concerns in many European countries about whether some Chinese investments may have a negative impact on national security. At least partly in response to these concerns, the EU is now establishing a new screening mechanism for investments. In addition, several countries in Europe are also setting up or strengthening national security screening mechanisms for inbound investments. This includes the Nordic region, where the issue was recently discussed at the Nordic Prime Ministers’ Meeting in Oslo.

In this seminar, Dr. Matthew Ferchen will give a talk titled “Trade, Investment, & Geopolitics: Understanding the Economic Effects of China’s Evolving Industrial Policies”. Here he will provide background on Chinese industrial, investment, and financing polices in Europe and the general state of play in both Chinese and international discussions about these policies.  He will touch on and provide a U.S. perspective on investment screening tools, such as the Committee on Foreign Investment in the United States (CFIUS).  He will also address opportunities and obstacles for greater Transatlantic cooperation on understanding and responding to Chinese investment and industrial strategies.

Director at NUPI, Ulf Sverdrup, will be a discussant to Ferchen’s talk, and Senior Research Fellow Nina Græger will moderate the event.

Matt Ferchen is a nonresident scholar at the Carnegie–Tsinghua Center for Global Policy, where he runs the China and the Developing World Program. His research and writing have focused on the political economy of the “China model” of development, as well as China’s relations with Latin America. Building on this background, his current projects examine how China is managing political risk in its ties to fragile states and on the nexus of development and security in China’s foreign policy. From 2008-2017, Dr. Ferchen was also an associate professor in the Department of International Relations of Tsinghua University, where he was the first and only full-time foreign faculty member in the IR department.

The seminar will be live steamed on NUPI's YouTube channel: