The accusations are numerous during the US-China trade war. At this seminar, Professor Rolf J. Langhammer will review the facts of China's trade policy. 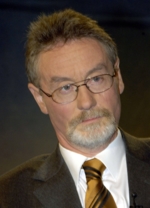 While China’s success in economic development and poverty reduction has been largely acknowledged in Europe and the world, the tune concerning China’s trade performance and trade policy was more mixed in some quarters after China’s accession to the WTO in 2001. Attitudes became even more hostile after President Trump took office. According to Mr. Trump and his aides such as Peter Navarro, China’s success has been to a considerable extent caused by unfair trading practices, ranging from currency manipulation to hidden subsidies and lax regulation. At the WTO, the USA is working to create alliances against China; on the other hand, Europe has largely sided with China in the critique of the new American protectionism, such as the steel and aluminum tariffs. But, say some, there is truth in some of the U.S. critique against China. Are they right or wrong? At the seminar, Dr. Rolf Langhammer will review the evidence: How much truth is there in the recent critique against China’s trade practices? To what extent do recent reforms in China address the issues raised? Should China still enjoy the trade privileges of a developing country to postpone market opening, or should it fully open up its market for trade and investment as industrialised countries do? How should Europe, according to German perspectives, maneuver in the U.S.-China conflict?

Prof. Dr. Rolf J. Langhammer has been Vice-President at the Kiel Institute for the World Economy and also headed the research department for "Development Economics and Global Integration". He retired in 2012 but continues to work at the institute. He has also been honorary professor at Kiel University since 1996  and  ordinary  professor at the WHU Otto Beisheim School of Management in Vallendar/Koblenz from 2013-2016.  During his extended research career in international economics, trade and development, as a leading expert in the field in Germany and Europe, he obtained an extensive publication record, and he was awarded several research fellowships and visiting professorships abroad

The seminar is part of the seminar series on «Global trade policy at the crossroads», hosted by the Centre for International Economics and Trade at NUPI during 2018-2019, with a funding contribution from the Norwegian Ministry of Foreign Affairs.

The event will be live streamed to NUPI's YouTube channel: