Generation Putin: What’s important to them?

Time: 09:00 Location: NUPI Language: English Available seats: 34
Add to calendar 19-06-6 09:00 19-06-6 10:30 38 Generation Putin: What’s important to them? Recent polls show that Russian youths differ from their parents in values and orientations. What impact may this have on their political participation and preferences? NUPI NUPI seminar@nupi.no http://www.facebook.com/events/160427380695693 false DD/MM/YYYY
I want to register for the following event:

Recent polls show that Russian youths differ from their parents in values and orientations. What impact may this have on their political participation and preferences? 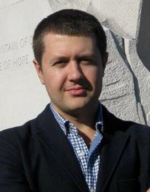 Russian youth has frequently been described as strong supporters of President Vladimir Putin and his political regime. However, in spring 2017, an unexpectedly large number of young people turned out for the anti-corruption rallies organised by Alexei Navalny across Russia. Since then, Russia’s youth has become a topical issue in Western media. Are the political attitudes of the Russian youth changing? Are they becoming more engaged in politics? If so, how do they engage? How do they view Russia’s relations with the outside world?

Whether one sees the Russian youth as the hope of the political opposition or as President Putin’s strongest supporters, it is clear that this new generation acquire and use information differently than their parents, gradually forming their own public and political figures of authority. Polls indicate that the political attitudes of young Russians are beginning to diverge from the ‘general line’.

To unpack these emerging political attitudes and the opinions of the Russian youth, we have invited Denis Volkov, Deputy Director of Russia’s leading independent polling organization, the Moscow-based Levada Center.

The seminar will be moderated by Senior Research Fellow and Head of the Research Group on Russia, Asia and International Trade at NUPI, Helge Blakkisrud.