History as politics in Putin’s Russia

Time: 14:00 Location: NUPI Language: English Available seats: 21
Add to calendar 19-11-25 14:00 19-11-25 15:30 38 History as politics in Putin’s Russia Professor Alexey Miller give a lecture about Russian memory politics and how memory politics is used and can be understood in relation to the international context. NUPI NUPI seminar@nupi.no http://www.facebook.com/events/160427380695693 false DD/MM/YYYY
I want to register for the following event: 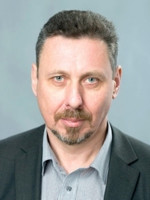 How has the Russian understanding of the mechanisms and aims of memory politics been influenced by the European experience with political use of the past? What is the role of memory politics in the deteriorating relations between Russia and Europe? How does Russia attempt to influence its neighbours through politics of memory?

These are some of the questions that Professor Alexey Milller will address in his lecture about aims and mechanisms of memory politics in Russia named “Russian politics of memory – an international context”.

The seminar is moderated by Senior Research Fellow and Head of the Research group on Russia, Asia and International Trade, Helge Blakkisrud. The event will be streamed live on NUPI's YouTube channel: