In this seminar, Dr. Abdeta Beyene of the Centre for Dialogue, Research and Cooperation in Ethiopia will talk about the evolving political dynamics in Ethiopia and its implications for the greater Horn of Africa. 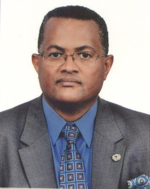 In April 2018 Dr. Abiy Ahmed assumed office as prime minister of Ethiopia. This followed a period of national unrest, regional protests, and uncertainties within the governing EPRDF coalition party. Dr. Abiy soon embarked on a wide programme of political and economic reforms, including peace talks to end the decades of tension with Eritrea – all of which received the initial plaudits of domestic and international actors. Recently, however, ethnic tension has risen, the border with Eritrea is closed again, and in the Amhara region there was a failed coup d’état.

The changes that are witnessed in Ethiopia have brought changes to the entire region as well. Events in the Horn of Africa have been moving in so many surprising directions. The shift in relations and the rapprochement between Ethiopia and Eritrea, now widely accepted, is attributable to the changes in Ethiopia and in part to high-level contacts mediated by the Gulf governments. The rapprochement between Ethiopia and Eritrea has also triggered an initiative that looks into a new regional integration between Somalia, Ethiopia and Eritrea. But this has implications on regional alliances and the way IGAD functions. This needs a serious scrutiny. Accordingly, the public seminar could look at the political, peace and security, economic and social impact of the changes in Ethiopia, the most important factors that have evolved, and highlight the scenarios of those trends on the IGAD region and their implications.

The talk will be followed by a Q&A-session. Senior Research Fellow at NUPI, Jon Harald Sande Lie, will moderate the seminar.

Dr. Abdeta Dribssa Beyene is the Executive Director of the Centre for Dialogue, Research and Cooperation (CDRC). He holds a PhD in political science from Northwestern University in Chicago, USA, and has extensive experience from various positions in the Ethiopian Foreign Ministry.